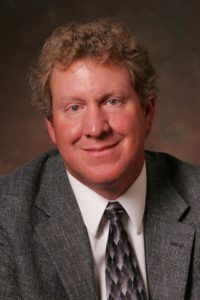 Chelsea State Bank thanks you for 35 years of financial expertise, outstanding service and dedication.

David Schaible, an avid angler, is retiring as President. As a third generation Schaible, David began his career with Chelsea State Bank in 1985 and worked his way through the ranks including Executive Vice President and Chief Financial Officer in 2011, President in 2017 and his most recent position as President, Ex Officio in 2019.

Always ready with a hearty laugh and keen introspection, Dave is equipped with his never-ending stories making all conversations interesting – whether about life in general or relating to his broad financial expertise.

A lifelong resident of Chelsea, Schaible graduated from Chelsea High School and obtained his bachelor’s degree in Economics from Albion College. As the third generation Schaible, he followed in his family’s footsteps of a long and successful history at the Bank.

His grandfather, Paul Schaible, Sr. was the organizer of the Farmers and Merchants Bank in 1908. It is said that he traveled the countryside in horse and buggy to secure investors for the Bank. Paul Schaible, Sr. became the first President of Chelsea State Bank after the two Chelsea banks merged in 1934.

Dave’s father, Paul Schaible, Jr. was President before current CEO John Mann, and chairman of the board of directors until 2005.

Dave is a longtime member of Chelsea Kiwanis Club and serves on the Board of Directors for the Chelsea Community Foundation.

Everyone at the Bank and your customers are forever grateful that you devoted your banking career to Chelsea State Bank. We wish you and Deborah an amazing retirement.